The Story of Walt Disney’s “Dumbo” on Disneyland Records
“The Ski’s the Limit” (1949) – and projects in progress
BAXTER'S BREAKDOWNS February 27, 2019 posted by Devon Baxter

You wanna buy a duck… you nah-sty man? For our last Radio Round-Up of the month, we present the zany radio comedian Joe Penner! 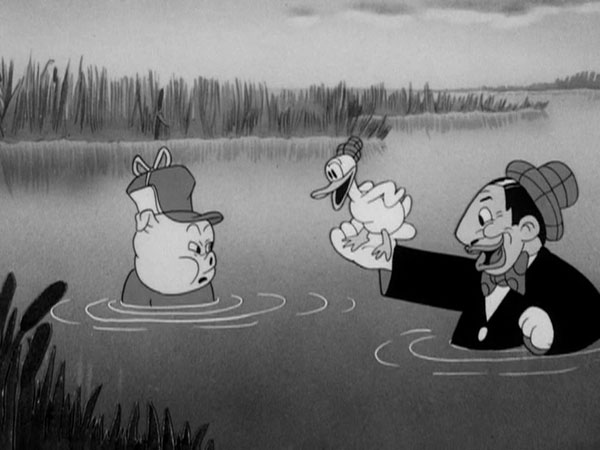 Joe Penner was born as József Pintér in Nagybecskerek, located in the Austro-Hungarian Empire (and now a part of Serbia) in 1904. In 1907, his mother and father emigrated to the United States and settled in Detroit. Penner and his grandfather arrived in 1913. Though his early education in kindergarten proved difficult, due to his inability to speak English, he soon sold magazines, entered amateur contests and became an assistant to a mind-reading act. At the age of 16, he left home and broke into vaudeville and burlesque shows, using a cigar in his performance to emphasize maturity despite his young age. By 1926, he was a headliner in The Greenwich Village Follies. There he met chorus girl Eleanor Mae Vogt, whom he married later two years later. 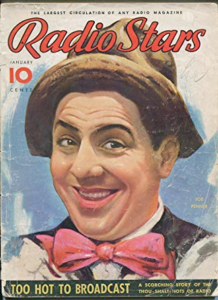 In 1929, a theater manager in Pittsburgh let Penner audition for a radio program but the venture was a disappointment; the crew did not respond to his usual theater routine.

Meanwhile, Penner did his earliest film work in a series of live-action short subjects for Warner Bros. between 1930 and 1932. In 1933, his wife Eleanor persuaded her husband to consider another try at radio. Penner made a guest appearance on Rudy Vallee’s popular NBC variety program The Fleischmann’s Yeast Hour on July 13th.

Upon his introduction on the show, Penner delivered a “hyuk-hyuk-hyuk” laugh and spoke in an exaggerated nasally voice and slight lisp, as he uttered, “You wanna buy a duck?” (The line itself was previously used as an ad-lib by Penner during a 1931 vaudeville performance in Birmingham, Alabama, which evidently met with howling laughter.) In the same appearance, when Vallee nor his brother (which he does not have) do not consider buying a duck “under no circumstances,” Penner shouts, “You nah-sty man!” Near the end, Vallee steals Penner’s punch line to a joke a second time, which elicits a baby cry as his guest shouts, “Don’t ever do-o-o-o that!”

Within three months of the initial guest spot—and following five other appearances on Fleischmann’s Yeast Hour—Penner was given his own half-hour program, The Baker’s Broadcast through the same ad agency, J. Walter Thompson; the program debuted on the NBC Blue Network on October 8th, 1933. The program garnered high ratings and became very popular with children. His aggressive comic shtick, however limited it seemed to some, appealed to Depression-era listeners in need of a distraction. The zeal for Penner’s childish, brassy personality led to merchandising, mostly marketed towards a younger audience, noteworthy considering the later sponsors for his radio shows.

In the 1935 Merrie Melodie My Green Fedora, directed by Friz Freleng, Peter Rabbit entertains his baby brother Elmer by dressing and singing the title song like Penner, fashioning a checkered coat and derby with a prop cigar. Bob Clampett, who animated on the film, shared his discontent with the Penner references, but Freleng insisted that the material should be inserted based on how audiences would respond. Clampett mentioned that the Penner routine “was not even that funny in the theater,” presumably mentioning the results of the studio’s preview screening. (The animation was later re-used in two subsequent Warners cartoons, Toy Town Hall [1936] and The Woods Are Full of Cuckoos [1937].)

The Baker’s Broadcast continued until 1935, when Penner took a hiatus from radio and relocated to California to secure movie work. In Hollywood, he appeared in a series of college-themed musicals for Paramount. During the fall of 1936, Penner began a new CBS radio series from Hollywood entitled The Park Avenue Penners, sponsored by Cocomalt. By the time he started in West Coast radio, he attempted to evolve his act into a situational comedy as the “black sheep” of a socialite family. In a sponsored—and self-referential—sketch from the November 29, 1936 broadcast, radio mimic Dave Weber (also known as Danny Webb) imitated the “old Joe” in front of Penner himself. Here is an audio excerpt from the program—the “Gene” he mentions is Gene Austin, a regular vocalist on the show:

The cast of the Park Avenue Penners program was a diverse talent pool also used in animated films, such as Martha Wentworth and Phil Kramer (the emcee in Avery’s Hamateur Night). One of the new cast members, Mel Blanc, gained one of his earliest roles on a national radio program, when he auditioned for Penner’s duck “Goo-Goo” in late 1936. In his memoir, That’s Not All Folks, Blanc remembered after the audition, “the door flew open and he hustled into the studio…he pumped my hand and spouted superlatives as if he’d just discovered a cure for polio. ‘Why the heck didn’t you come to me before? I could have used you in so many sketches!’”

As The Park Avenue Penners continued throughout 1937, Tex Avery devised Egghead, a human character with a bulbous nose and an egg-shaped head. He appeared in twelve cartoons where in about half of them (some directed by the two directorial units teamed with Cal Dalton), Danny Webb used his impersonation of Joe Penner. The Warners cartoons alluded to Penner’s material in other ways; musical composer Carl Stalling inserted Penner’s signature theme song “When the Pussy Willow Whispers to the Catnip” as “Prince Charming” is introduced in Avery’s Cinderella Meets Fella (1938).

The ratings for Penner’s new program soon plummeted, and his roles in B-comedies at RKO did not augment his film career. In the fall of 1938, he continued on radio at CBS with his show re-titled Time Out for Huskies for Huskies Cereal. In another swipe at himself in the December 23rd, 1938 broadcast, Penner portrays Scrooge in an ersatz version of the Dickens classic, where the Ghost of Christmas Past transports him back to the past. There, he hears his past self mindlessly spouting off his signature catch phrases that marked his Fleischmann’s debut, much to the present Joe’s sheer displeasure—again, Danny Webb played the “old Joe”. Penner switched sponsors the next year with The Tip Top Show for the NBC Blue Network, for Tip Top Bread, which lasted until April 1940. Penner also appeared in a dual role in Universal’s adaptation of the Broadway production The Boys from Syracuse (1940).

In his memoir, Mel Blanc explained Penner’s inner turmoil that led to his decision to leave The Baker’s Broadcast a few years earlier: “He received a fan letter that essentially said, ‘Your duck routine stinks, and I’m never going to listen to you again.’ Now, most actors form thick skins against such criticisms and would simply have tossed the epistle in the nearest wastebasket without a second thought, but Joe was extremely sensitive and let it gnaw at him.”

In early 1941, Penner went on tour for a stage production of Yokel Boy, where he performed at the Locust Theater in Philadelphia. Unfortunately, when he retired to his room, he succumbed to a heart attack in his sleep and passed away at the age of 36. Penner’s success in the 1930s shares similarities to oddball characters that became an admired trend with audiences—a striking example being Paul Reubens’ Pee-Wee Herman much later in the 1980s and early 1990s. Because of his early death, his presence was missed during the dawn of television, which could have bolstered his career.

There are not many episodes of The Baker’s Broadcast that exist or are available online, so no instance of Penner saying another catchphrase from the program “Woe is me” will be found in the video below.

In Collegiate (1936), Penner tried a new catchphrase, “Policeman! Policema-a-an!” which is referenced in Cinderella Meets Fella (1938), but the film is inaccessible as of this writing. Here’s a video for you all to enjoy, starting with Penner’s big debut on The Fleischmann’s Yeast Hour in 1933: 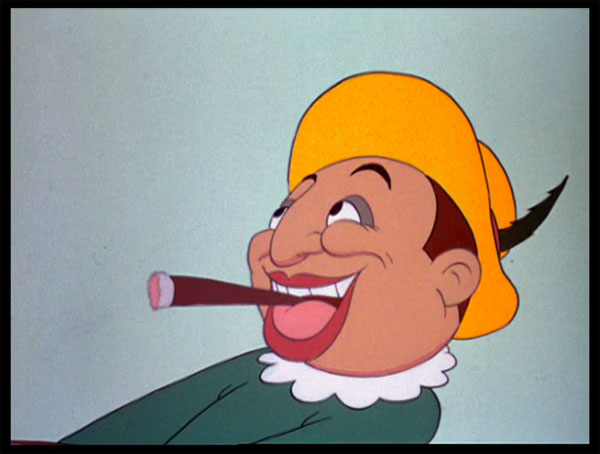 (Thanks to Keith Scott, Eric Costello and Frank Young for their help.)

DEVON BAXTER is a film restoration artist, video editor, and animation researcher/writer currently residing in Pennsylvania. He also hosts a Patreon page, where more of his work related to animation history can be seen.