Despite the earlier reassurance he was too valuable to send to war, Popeye did indeed enter the service, donning a white Navy uniform and retaining it for the rest of his theatrical career (save a few exceptions). The sub-series of Popeye in the Navy takes on a serious tone that wasn’t present in the cartoons before, likely at Paramount’s insistence. Audiences needed to take America’s pending entrance into World War II seriously.

May 7th’s cartoon advertises Myron Waldman’s truly bizarre Popeye Meets Rip Van Winkle (released May 9th – two days after this cartoon appeared in print), a cartoon too stupefyingly off-the-wall to put any viewer to sleep. I’m also confused by May 21st’s… If Britain is on our side, why send them Gabby cartoons? 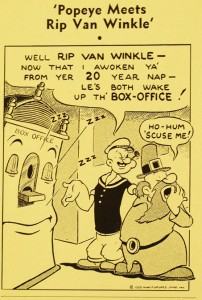 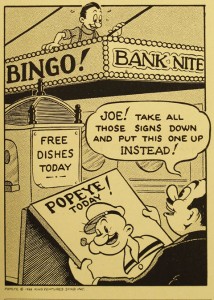 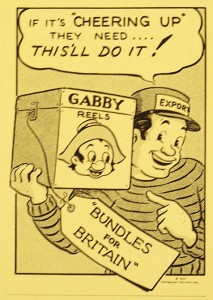 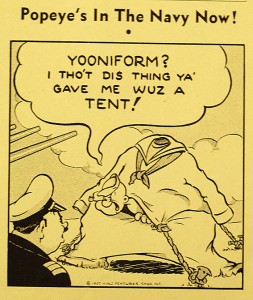 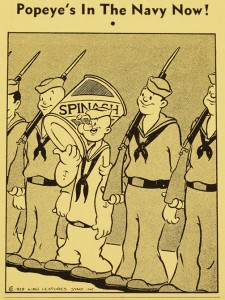 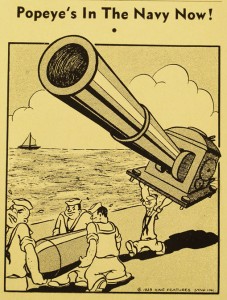