What is the ‘True’ Version of a Classic Animated Short?
Jasper and the Puppetoons – Part 3
ANIMATION ANECDOTES November 30, 2018 posted by Jim Korkis

Animaniacs Score. Composer Richard Stone oversaw all the music for Animaniacs, Tiny Toon Adventures and Pinky & the Brain. Stone would conduct a full orchestra on the same soundstage that Carl Stalling recorded on for the classic Warner Bros. cartoons and even used Stalling’s piano during sessions. 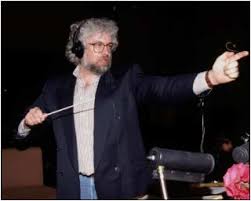 From The Hollywood Reporter November 6th, 1997, Stone said, “Stylistically, we use a lot of the same devices Stalling created. Glissando on piano when something falls. Significant eye blinks emphasized with xylophone. And we work hard to get them perfect. I’ve spent a half hour trying to get a single eye blink right. Because it’s comedy and the key is timing. The right eye blink can make the difference between a big laugh and no laugh at all.

“Stalling’s cartoons were a lot more visually oriented, whereas ours are script oriented. He had a lot more sight gags, whereas we go for a lot more satire of movies, TV shows and musicals. As a result, we’re constantly hopping across styles. We go from rock’n’roll to country to Broadway to classical. It’s the broadest musical palette you could ever imagine.

“(Producer Steven) Spielberg was a fan of the old cartoons and wanted to create some animation that would last the same way. I always record with an orchestra of real instruments. I purposely shy away from electronics because the rest of pop culture is totally electronic. I want a warmer, more emotional sound. So, at our sessions, nothing plugs in.”

Remembering Eric Larson. In October 1988, animator Andreas Deja was interviewed in the Los Angeles Times about the recent passing of one of Disney’s Nine Old Men, Eric Larson. Andreas said, “He was the best animation teacher ever. You can argue that Disney had better animators but no one was more concerned with passing on the legacy than Eric. When I got hired at Disney, the new animators had to do a four to eight week test with Eric. It was an incredibly stressful time. You were in the place where they had done Peter Pan and Fantasia and you had to show you could work at that level.

“Eric was an incredibly gentle and patient teacher who could deal with that stress and bring you back to the basics. I’m sure that I and several others would have freaked out without his guidance.” 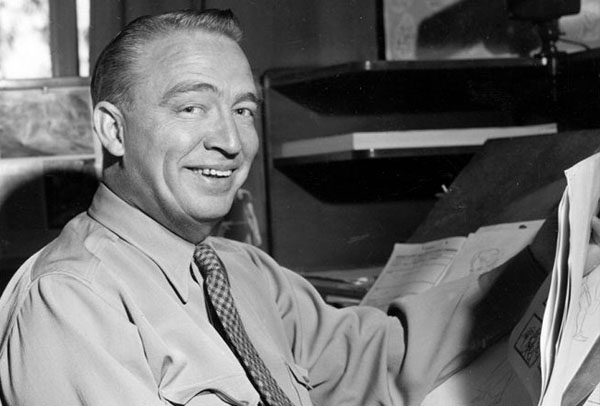 Ed Grimley. From L.A. Life (Daily News) May 29, 1989: “The Hanna-Barbera production offices have been deluged with letters since NBC announced that Martin Short’s Saturday morning animated show The Completely Mental Misadventures of Ed Grimley won’t be back next season. The team was most impressed with the letters received from 60 Navajo children from the St. Bonaventure Indian Mission reservation in Thoreau, New Mexico. The kids sent in photos of themselves done up as Ed Grimley look-alikes – down to the unicornlike cowlick. For a treat, Hanna-Barbera has sent animator Scott Hill to the reservation to teach the kids how animation works.”

She-Ra. From Entertainment Weekly May 25th, 2018, Noelle Stevenson, executive producer for the Netflix She-Ra and Princesses of Power said, “I was always looking for the female characters in sci-fi and fantasy who were more than just the girlfriend. I love the female characters in She-Ra. She-Ra was ahead of its time. I’m so excited to bring these stories of female power and love and friendship back now when it seems like we need them more than ever.”

Disney’s Unmade Catcher in the Rye. In Variety July 18th, 1985, it was mentioned that Disney was developing a full length animation project based on J.D. Salinger’s novel The Catcher in the Rye. “Producer Joe Hale confirmed the studio gave Catcher a brief whirl but ultimately backed away when faced with the inevitable legal task of asking Salinger for the right to turn his characters into animated canines. Salinger’s central Holden Caufield character said Hale, was envisioned as ‘a gangly teenage German shepherd type’.” 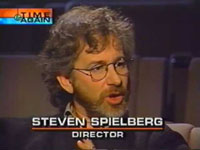 Spielberg on Animation. In the New York Times May 16, 1991, producer Steven Spielberg said, “What we have already discovered and what other studios will discover is that there is not exactly an army of animators waiting for employment but a complete shortage. Within their own little world, they are beginning to attain the status of Kevin Costner and Julia Roberts and studios are starting to steal from studios.

“In the golden era, every studio had an animation department. There’s no limit to it unless bad stories and bad animation resurface because of economic pressure.”

The Comic Ball Cards. Chuck Jones Productions did Comic Ball trading cards (from Upper Deck Company) of the Looney Tunes characters in 1990 in baseball-themed stories wearing Major League Baseball logos and uniforms. According to the publicity release, Chuck Jones himself wrote and illustrated the cards. He supposedly did more than 800 drawings, 594 of which were used on the cards that were introduced at the Toy Fair in New York in early 1990.

The idea for the cards came from the suceess of the 1989’s Bugs Bunny 50th anniversary promotions. When the concept was brought to Jones, he originally said, “I don’t do comic books”. He did agree to do sequential drawings just as he would for an animated cartoon and the hope was that they would eventually be turned over to animators to animate them to be shown on screens at baseball parks.

The Wisdom of Groening. From The Comics Journal April 1991, The Simpsons’ Matt Groening said, “The Simpsons is deceptively simple. In general, there’s a skeptical look at people in positions of authority, and there’s an underlying message that maybe the people who are telling you what do don’t always have your best interests in mind. Animation lends itself to a lot of easy shots at people and we don’t dwell on anything so people who might otherwise get outraged at what we do are too busy waiting for the next joke. It’s hard to anticipate what will offend someone, but it’s amazing what does.”

Jane Seymour. In the Daily News January 3rd, 1999, actress Jane Seymour who provided the voice for Lady Juliana in Warner Bros. Quest for Camelot (1998) explained why she did it. “The pay is almost nothing. It’s almost a joke. You do it because you want to do something your kids will want to see. It’s fun to do something that they can watch and enjoy and they love it when they recognize my voice.” 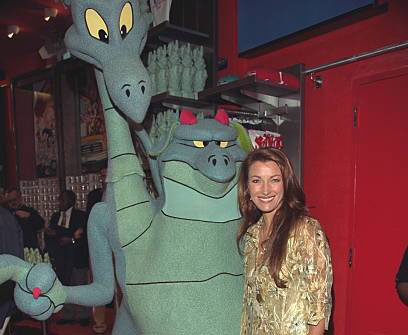