Comic Books That Never Made It To Animation 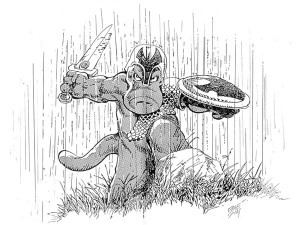 While many popular comic books have been translated to animation, there were even more never made the transition despite the best efforts of the creators. Today, I am going to focus on three of those “never-weres”.

“Cerebus”, an independent comic book featuring a barbarian aardvark, began in 1977 and became a three hundred issue graphic novel ending in 2004. It was written and drawn by the controversial and talented Dave Sim.

”The original idea was to do something like Howard the Duck,” said Sim in a 1992 interview, ”A funny animal in a world of humans. But I didn’t want to do a modern-day one because it would be too close to Howard. So it was either a science-fiction Howard the Duck or a barbarian Howard the Duck. 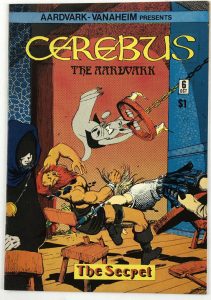 “I tried to do Cerebus so that it looked like the whole issue was drawn by Barry Windsor-Smith, the artist on Marvel’s Conan, except for Cerebus himself, who I wanted to look like he was drawn by Chuck Jones. Because I thought that hadn’t been played with. When they were doing Howard the Duck, Howard was always rendered with the same kind of texture as everybody else. I wanted Cerebus to look like an animation cel in the middle of a realistically drawn comic book.”

In the 1980s, Sim sent me a nice letter and some information about a five step program he had designed to perhaps have “Cerebus” become an animated special. The story would detail events happening before the first issue of the comic book so as not to interfere with the continuity already established.

Step One was to produce a portfolio of three highly rendered storyboards of possible segments of the animated film. Step Two was to do additional storyboards. Step Three was to hire an animation studio to animate those ten-minute segments for possible use on cable television or direct sale to the fan market. Step Four was to use those animated segments to get a commitment to back an hour-long Cerebus project. Step Five was to hire an animation studio to do the job.

“If any of the five steps collapsed, I won’t pursue the project any further,” wrote Sim, “My goal is to produce an animation film without a single heart-warming moment. If I had been Don Bluth doing The Secret of Nimh, I would have done two hours with the Dom DeLuise crow and dropkicked the rest of it into the nearest trash bin. Sort of gives you an idea of where I’m coming from on this.” 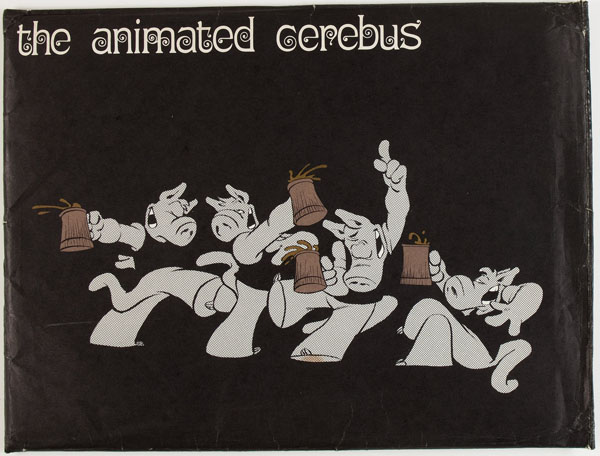 Other comic book artists have produced limited edition DVDs or artwork and merchandise similar in concept to what Sim had in mind in terms of raising money and generating interest in an animated project. Two of those comic artists include Steve Rude for his “Nexus” project and Chris Bailey for his “Major Damage” character. 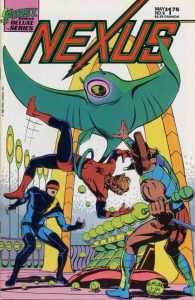 Rude has been working on the “Nexus” project for sixteen years. The character (written by Mike Baron and illustrated by Rude) first appeared in comic books in 1981. The series was a mixture of superhero and science fiction set 500 years in the future where Horatio Valdemar Hellpop was given his Nexus powers from an alien entity who required the hero to kill mass murderers.

The series contained many homages to Hanna-Barbera’s Space Ghost. Characters from Jonny Quest and the Herculoids also appeared.

In an interview, Rude stated, “I began working on the animation in 1988 and by 1991, I had a short, amateur film, produced by me and my friends. It was very good for people with little or no animation experience, and paved the way for the professionally produced promo of 2004.”

The first amateur two minute version was done in traditional cel animation while the DVD promo that was first distributed and sold at the San Diego Comic Convention in 2004 used computer technology and the assistance of some professional animators from well-known studios.

Rude financed the production of the animation sampler through eBay auctions of his own original comic book artwork, doing commission drawings, pre-sales of the DVD and even outright donations. Rude had a development deal at Hanna-Barbera for the “Nexus” project in 1994 but changes in corporate personnel resulted in the project being dropped. 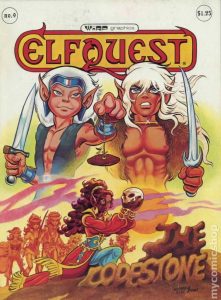 Inspired in part by Ralph Bakshi’s animated film, Wizards, Richard and Wendy Pini created an independent comic book entitled Elfquest which debuted in 1978. The fantasy story dealt with the adventures of Cutter, chief of the Wolfriders, and his tribe of forest dwelling elves. The saga expanded over the years and started receiving significant attention.

In November 1981, Nelvana, an animation studio in Canada contacted the Pinis and expressed interest in developing the comic book series into an animated film. After two years of talks and negotiations, the Pinis were stunned when Nelvana after the failure of their animated feature Rock and Rule in theaters decided to develop Elfquest as a live action film with perhaps children dressed as elves who would ride big dogs disguised as wolves. That decision ended further development.

For a brief while, the Pinis tried to set up their own animation studio (see animatic below). During this time, Rankin-Bass expressed interest in doing the project but without the direct involvement of the Pinis. So that partnership never evolved. Then in 1985, CBS got interested and ordered storyboards and pre-production drawings and a story bible with script ideas from the Pinis.

Then the changes started to get requested. CBS was concerned that Cutter’s mate, Leetah, who came from a desert tribe of elves had dark skin and viewers might interpret the pairing as a “mixed marriage” which was unacceptable.

Their children were a gentle male mystic and a strong female who would become a chief. The network didn’t like the idea of a “wimpy” boy and an overly strong girl. Leetah was a healer who uses magic to heal wounds and that seemed too much like “laying on of hands” and that might cause concern in religious viewers.

Plus the network kept moving the potential timeslot to earlier and earlier in the morning which meant the demographic would be a much, much younger audience. By April 1986, the project was dead at CBS. 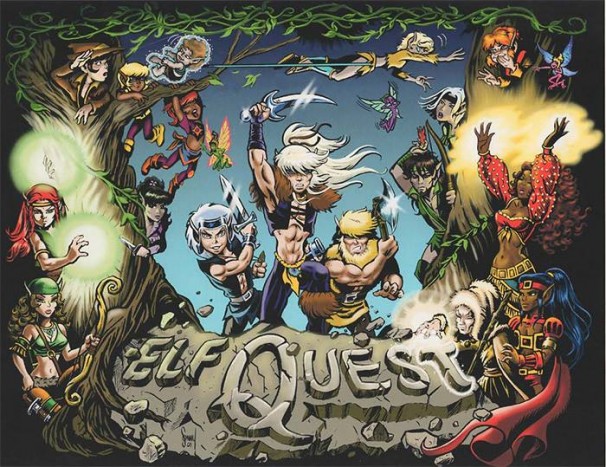 Eight years later in 1994, the Pinis had hooked up with the Edward Pressman Film Corporation (responsible for films like the Conan films and The Crow) and had written a treatment that took elements from “Fire and Flight” and “Kings of the Broken Wheel” storylines focusing on the love triangle between Leetah, Cutter and Rayek from the comics to develop a PG-13 animated feature.

As work continued, material that had not appeared in the comics but developed by Wendy and Richard were included in the story. Wendy even relocated to Southern California to be actively involved with the project.

Finally, in 1998, Wolfmill acquired the rights to the Elfquest animated movie. Wolfmill is an entertainment company composed of Craig Miller and Marv Wolfman. Wendy and Wolfmill completed a script for the animated film adapting the first four volumes of the Elfquest saga. 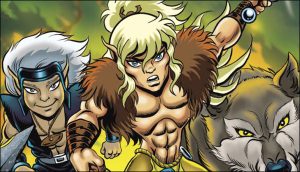 Wendy again created drawings and paintings that were later used on various Elfquest calendars and limited edition prints. Reportedly, the animated feature was now to be entirely CGI. The project is once again lost somewhere in limbo.

Wendy’s interest in animation was inspired by the original Jonny Quest series by Hanna-Barbera and resulted in a long correspondence with the studio. In the late 1960s, she attempted a one-woman effort to animate Michael Moorcock’s classic fantasy adventure, Stormbringer featuring the mystic hero, Elric.

Literally hundreds of sketches, drawings and paintings were created, the best of which can be found collected in the book Law and Chaos, published by Warp Graphics years later.

Many other worthy comic book projects suffered similar fates and perhaps I will review some of those in the future.