A Chat with Joan Pabian and Al Pabian

To conclude our survey of Martha Sigall’s “Tales from Termite Terrace and Other Tooneries”, we present a video interview with ink and paint artist Joan Tipper Pabian and her husband, animator Albert Pabian from November 20th, 1998. Both started in animation in 1937 through the help of relatives: Joan at Lantz via cousin Frank Tipper and Al at Harman-Ising, as an inbetweener, with the aid of his brothers, Jim and Tony Pabian (background on brothers Jim and Tony Pabian here). They soon met and were married in 1939.

Joan had been considering a career as a dressmaker, while Al didn’t have many job prospects back in Rochester, NY, other than possibly working at Eastman Kodak. Joan recalls how Disney’s hiring frenzy to finish Snow White in 1937 created a job opening at Lantz, which she was alerted to. 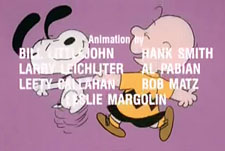 Al’s stay at Harman-Ising was cut short when MGM set up their own cartoon studio, so he decided to take a job at Lantz instead of joining the new studio. There, animator George Nicholas requested that Al become his assistant. He also talks about Lantz’s practice of finishing his full yearly complement of 26 cartoons way ahead of schedule, enabling him to close down the studio while he took a vacation in the Bahamas; on the plus side, Al recalls being able to wander around the Universal lot and see various movies being shot. Joan recalls both picked up extra money by doing odd film gigs during their lunch hours: for example, Al got $5.00 for providing a scream for Destry Rides Again (1939), while she was a leg double for Mae West and a hand double for Irene Dunne. 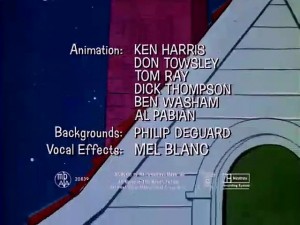 Al moved over to Schlesinger’s, first at Raymond Katz’s “studio” before the two were consolidated after the company was unionized. When the war came, he was turned down by the Coast Guard, then drafted by the Army. He was posted to the First Motion Picture Unit in Manhattan, which was later merged with its more famous incarnation in Culver City. The vacancies caused by the war allowed Joan to work on backgrounds at Schlesinger before she decided to join Al in New York as a civilian employee.

After the war, he returned to Warner Bros., becoming Ken Harris’ assistant before going off into the world of TV commercials. He tells how he was working for John Hubley’s L.A. studio, when Hubley decided to close it down to devote all his attention to his New York operation; instead of selling it off, he essentially gave the facility, including equipment, to the artists; the new studio became Quartet Films, which became a major commercial house. Both also talk about their happy experiences working for Bill Melendez. 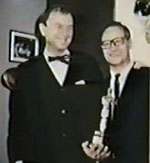 For her part, Joan briefly worked in dressmaking after the war, before getting a job at Screen Gems—mainly because ink and paint work paid more than making expensive dresses for Hollywood celebrities. She eventually ended up at Hanna-Barbera, telling tales of some of the chaos caused when the company seemed to hire people off the street to fulfill the demands for cel painters. She also tells of her Filipino-born daughter-in-law’s experience when Hanna-Barbera sent her to Manila to supervise ink and paint work at Fil-Cartoons (when it was run by Jerry Smith); this included the minimal piece work rates Smith paid to keep its overstaffed studio busy, rather than pay them a salary. She also muses on the problems most studios had, in the days before air conditioning, with paint sticking to cels during hot weather—something Disney had overcome with a specially formulated paint.

The tape concludes with a brief sampling of personal photos of the two made during the ‘30s and ‘40s.

Harvey Deneroff is an independent film and animation historian based in Los Angeles specializing in labor history. The founder and past president of the Society for Animation Studies, he was also the first editor of Animation Magazine and AWN.com. Harvey also blogs at deneroff.com/blog.