Some Stop Motion Outtakes from “Bury the Axis” (1943)
For The Love of Cartoon Animation #1
ANIMATION ANECDOTES September 20, 2019 posted by Jim Korkis 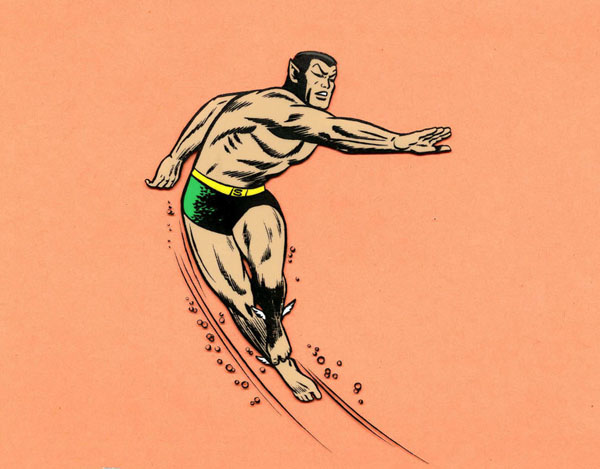 One of the most popular Marvel Comics’ characters to not yet make an appearance in the Marvel Cinematic Universe is Prince Namor the Sub-Mariner. 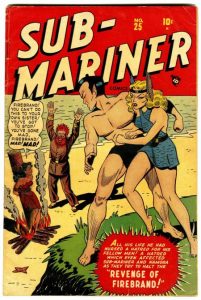 An American expedition to the Antarctic discovered a race of undersea people from Atlantis. The captain of the ship fell in love with the princess and she gave birth to their child who grows up to be Namor. Sub-Mariner debuted two years before DC’s Aquaman who didn’t appear until 1941 but had a similar concept.

Sub- Mariner had a healthy run in comic books during the Golden Age through the mid-1950s. He was revived in the Silver Age in 1962 when he was re-discovered by the Human Torch of the Fantastic Four and appeared in several different comics before getting his own series in Tales to Astonish #70 (August 1965). In that comic book, he was written by Stan Lee and drawn by Gene Colan.

So he was extremely popular when producer Robert Lawrence selected the character along with Hulk, Iron Man, Thor and Captain America for the 1967 Grantray-Lawrence animated The Marvel Superheroes television series. Actor John Vernon voiced Namor. 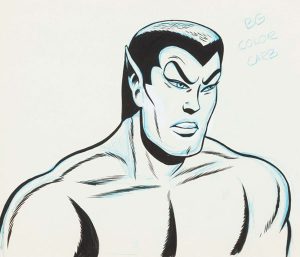 Most of the animation drawings were taken directly from the Marvel comic books themselves. Offset copies of the artwork were made, word balloons and captions were removed and the backgrounds changed or deleted. Sometimes parts of hands, heads or other items had to be extended or drawn by staff artists because they were missing in the original comic book panel. Approximately 48 layout artists were responsible for converting the comics to animation including Mike Royer.

Then the picture or some individual element like Captain America’s shield or lips would be moved or the camera would zoom in and out or pan quickly in an attempt to create the illusion of movement. In addition, a Jack Kirby drawn version of the character might suddenly shift to one drawn by Don Heck or Steve Ditko.

“One of the secrets of Marvel’s success is its ability to draw action right into its panels,” claimed Lawrence. “The characters don’t actually move, and yet their actions seem to flow, catching the reader up in a current of activity. Since we wanted to retain this flow for our films, we decided to let the (Marvel) artists carry the ball and the viewer just as they do their own readers.” 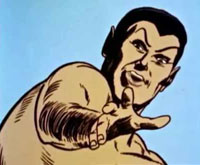 Each character had thirteen episodes that each included three separate cliff-hanging segments so that the episode could be shown as a single half-hour adventure or broken up into a serial format of a seven minute offering with the next installment shown later. The budget was between fifteen and twenty thousand dollar for each half hour.

The Sub-Mariner adventures proved to be the most difficult for Grantray-Lawrence because there were only a limited number of new stories to adapt since Namor’s tales had not begun until mid-1965. In addition, Gene Colan’s distinctive artwork was a little too distinctive. Much of that artwork had to be significantly re-drawn to make it usable for the xerography technique.

Additional original adventures for Namor were created by having Doug Wildey, Sparky Moore and other staffers do sketches that could be used in a similar fashion to the Marvel comic panels. Artist Jerry Grandenetti did at least one original storyboard for the Sub-Mariner that was never used. 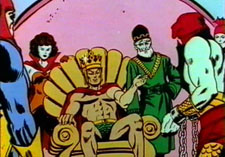 Some episodes featured stories that were due to be printed in early 1967 before those issues even hit the stands. In an attempt to find more material for the Sub-Mariner, the studio even tried to adapt some of the adventures that had appeared in the Fantastic Four comic books.

However, Hanna-Barbera had optioned the animation rights to the Fantastic Four so in the MSH episode Dr. Doom’s Day loosely adapting Fantastic Four #5, the FF were replaced by the original X-Men and the Baxter Building became the Peace Building.

Hanna-Barbera faced a similar situation. For their Fantastic Four episode entitled “Danger in the Depths” based on the story in Fantastic Four #33, they changed the flesh-colored Namor into the blue-skinned Prince Triton of Pacifica (voiced by Mike Road) with Alex Toth doing the character design. Strangely, Namor’s girlfriend Lady Dorma and his enemy Attuma were able to keep their names in both the H-B and Grantray-Lawrence versions. 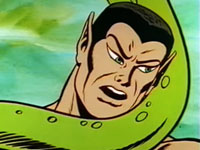 About Grantray-Lawrence, writer Stan Lee gushed at the time, “They’ve been an absolute joy to work with. They check with us on everything and they’re tremendously anxious to keep with the spirit of our strips and stories. The original stories have been changed to some degree because some of them aren’t complete in themselves. And the animation studio has to change the ending so it seems like it’s a complete episode.”

After the series ended, Lee told a New York comic book convention crowd, “They insist on strict simplicity. This immediately eliminates everything that is Marvel. We just gave up on them and they went off on their own to do all new stories. Personally, I was very dissatisfied with the way our heroes were handled.”

Grantray-Lawrence went bankrupt in 1967 and its distributor, Krantz Films, took over including continuing the first animated Spider-Man television series.

The Sub-Mariner’s theme song, as were all the other songs for the Grantray-Lawrence series, was written by New York songwriter Jack Urbont, whose resume includes soap-opera themes and scores (General Hospital, One Life to Live), successful off-Broadway musicals (All in Love), Emmy-winning nature series (Lorne Greene’s New Wilderness) and dramatic underscores for prime-time series (Mission: Impossible).

He had never read a Marvel comic book so Lee gave him some copies for the characters to be animated and he came back in a few days with the demos that Lee and the producers approved.

• Episode 1: Peril in the Surface World, So Spreads the Net, The Unveiling
• Episode 2: The Start of the Quest!, Escape to Nowhere, A Prince There Was
• Episode 3: Not All My Power Can Save Me!, When Fails the Quest, The End of the Quest
• Episode 4: Atlantis Under Attack, The Sands of Terror, The Iron Idol of Infamy
• Episode 5: The Thing from Space, No Escape for Namor, A Prince Dies Fighting
• Episode 6: To Conquer a Crown, A Prince No More, He Who Wears the Crown
• Episode 7: To Walk Amongst Men!, When Rises the Behemoth, To the Death
• Episode 8: The World Within!, Atlantis Is Doomed, Quest for X-Atom
• Episode 9: Beware the Siren Song, Spell of Lorelei, Return of the Mud Beast
• Episode 10: Ship of Doom, Fall of Atlantis, Forces of Vengeance
• Episode 11: The Planet of Doom, To Test a Prince, To Save a Planet
• Episode 12: Dr. Doom’s Day, The Doomed Allegiance, Tug of Death
• Episode 13: Let the Stranger Die..!, To Destroy a Tyrant, Save A City