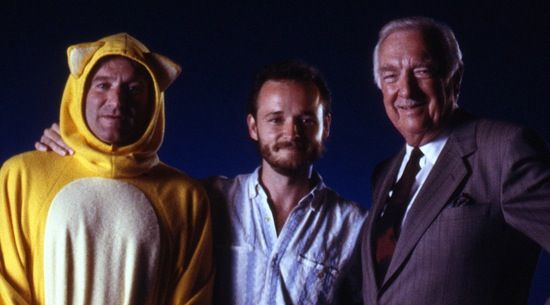 Perhaps the most popular part of the tour at the now extinct Magic of Disney Animation pavilion at Disney Hollywood Studios was the short film entitled Back to Neverland. In the film, distinguished news commentator Walter Cronkite turns imaginative comedian Robin Williams into an animated character, one of the little Lost Boys from Disney’s animated feature film Peter Pan (1953) to demonstrate the different steps in animation.

The film was directed by Jerry Rees who first worked at Disney as an animator on The Small One (1978) and then on The Fox and the Hound (1981). He moved on to supervising and creating visual effects for Tron (1982). He got frustrated at Disney and left to direct The Brave Little Toaster (1987) and has accumulated an impressive resume over the years.

The entire pavilion was outsourced to Bob Rogers and BRC Imagination Arts who had worked on different variations to explain the process of animation for nine months when Rees was brought in to provide a new perspective.

Rees felt that the problem was that they were concentrating too much on the technical aspects of the process like the number of drawings needed. He pointed out that every animation studio did similar things when it came to technical aspects. He felt that what made Disney different was the emotion it got out of its animation. The important things were the storytelling and the characters.

Rees had suggested using the authority of famed newscaster Walter Cronkite presenting the facts to play as counterpoint against the unbridled childlike enthusiasm of comedian Robin Williams experiencing the joy.

“Casting Robin was considered a huge risk because he was considered an adult comedian who grabbed his crotch when he performed,” recalled Rees. “I pointed out that Cliff Edwards who had done the voice of Jiminy Cricket was an adult nightclub entertainer but Walt still picked him to get that ‘edge’.” 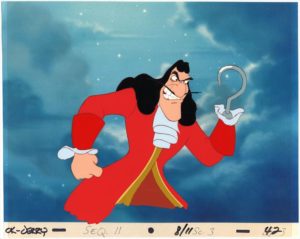 It fell in place because Williams was a huge fan of Cronkite and ironically, Cronkite was a fan of Williams and they really wanted to work together.

Apparently, when the two performers were in the shadows waiting to make their entrances, the crew couldn’t hear what they were saying exactly but there would be frequent bursts of loud laughter telling each other dirty jokes.

To help sell the project to Robin and Cronkite as well as Eisner, Rees brought in famed voice artist Corey Burton who did spot on imitations of both of them for a scratch track. In fact, when Eisner heard it, he thought it was them. Burton was cast as the voice of Captain Hook.

The line during the metamorphosis scene where Robin transforms into Mickey Mouse and gleefully proclaims “I’m a corporate symbol” was written by Steve Moore. It was on the storyboard and everyone figured it would be only a matter of time before Disney eliminated it but Robin laughed so hard at it that it stayed in the final film.

Rees assured Robin that he was free to improv lines as long as he got the sense of what was needed to be communicated and landed on the lines that were Cronkite’s cues. 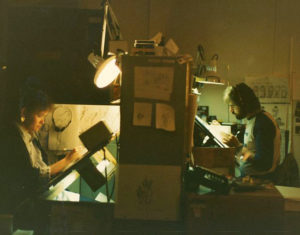 During one session where Robin had ad-libbed so much that they were running out of the assigned time, they asked Robin’s then wife Marcia if they could extend the time. She assured them that he was having so much fun and was so revved up that if they left before he got it out of his system he would just end up going to a club and might get into trouble so the session continued.

“He gave us a wealth of material,” recalled Rees. “Especially during the metamorphosis scene. That could have been over ten minutes just by itself. We had to be brutal to edit that segment.”

Bruce Smith was working at Baer Animation doing work on Who Framed Roger Rabbit (1988) when he was brought in to do freelance work on this project.

He later was the creator of the television series The Proud Family (2001) and supervising animator of Kerchak in Tarzan (1999), Pacha in The Emperor’s New Groove (2000), and Dr. Facilier in The Princess and the Frog (2009).

“Bruce Smith had done some test animation of Robin’s character because the voice work had been recorded earlier and flipped it for him when we shot the live action at Raleigh Studios in Hollywood. Robin was just delighted with it. He thought it was magical that it had his personality. When we were filming the live action scenes, I invited the animators to come and hang out,” remembered Rees. 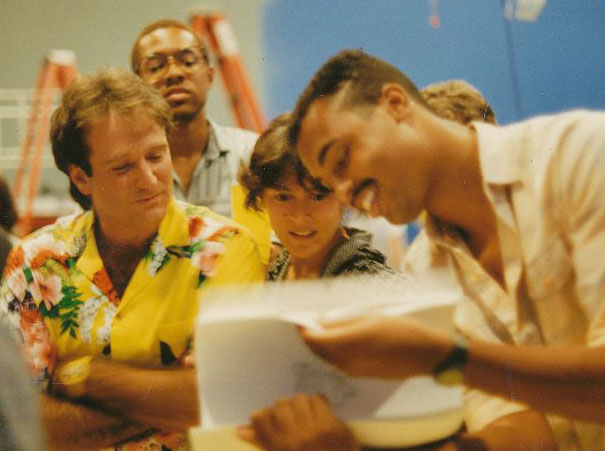 “The film editor, Don Ernst, who later worked on Fantasia 2000 and became a producer at Disney was supervising aspects of the shoot, and Jerry Rees was directing the live action,” animator Mark Kausler recalled. “Robin was very respectful of animators and toned down his comedy when speaking with us to very gentle ribbing. Walter Cronkite didn’t mix very much with us at all.

”We were really fired up recreating the Peter Pan characters, had a great time doing it, and Jerry Rees was really responsible for it all, was well-prepared and we all treasured his opinions.

“My main memory of working on it was just how good a director Jerry Rees was. He knew the Peter Pan feature backwards and forwards, knew every Frank Thomas, Ollie Johnston and Woolie Reitherman scene and even did a lecture on the follow-through action on Captain Hook’s coat-tails that I’ve never forgotten. We studied a lot of the Peter Pan feature frame-by-frame with Jerry. 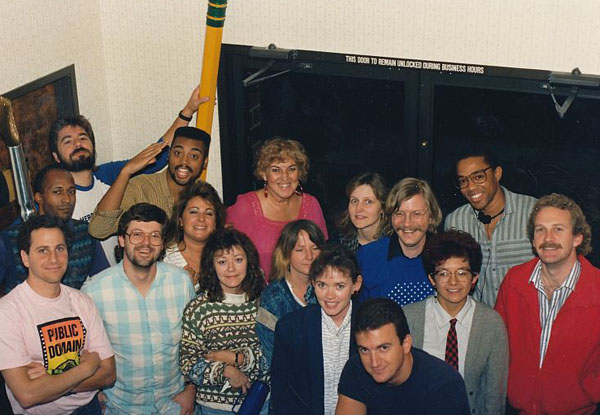 George Sukara (hand on giant pencil), Don Parmele and Ginny Parmele (Don is near the front on the left hand side wearing glasses, Ginny is standing next to him wearing a boldly patterned sweater), Kathleen Quaife is standing to Mark Kausler (with the bright blue sweater), Tanya Wilson and Tom Mozzaco are standing in front of Mark. I also see Bruce Smith, Mark Fisher and Lee Crowe in this picture.

“I got to do a medium shot of Peter Pan towards the end of the picture that Bruce Smith wanted to do very badly, but I was lucky enough to get the assignment and enjoyed animating the ‘Panster’. I also had fun with a big take that Captain Hook did on seeing the crocodile.

“We all took turns animating all the characters. I did a nice close shot of Robin and Tinker Bell that I enjoyed. Tink was a lot of fun to draw. We were on a tight deadline, so we all pitched in and did any scenes that came our way.”

Frans Vischer animated the improvisational sequence in which Robin’s character swiftly changed into many forms, including even Walter Cronkite.

Because of that scene, co-director of Aladdin (1992) John Musker told Rees that he and co-director Ron Clements wrote the part of the Genie specifically for Robin. As a tribute, at the end of the animated feature, the Genie appears in the same yellow Hawaiian shirt and Goofy hat that Robin wore in the live action beginning of Back to Neverland.

Here is a link to the revised version with the computer coloring Robin’s character: [LINK]

According to the New York Post November 14th, 2015, Robin Williams’ will prevents Disney from using his name, unused taped performances or voice recordings for twenty-five years after his death. Disney has acknowledged that it has enough left over material from Williams’ 1991 recordings for Aladdin that never made it into the final movie to make an entire additional movie as well as the outtakes for Back to Neverland.