Songs of the South 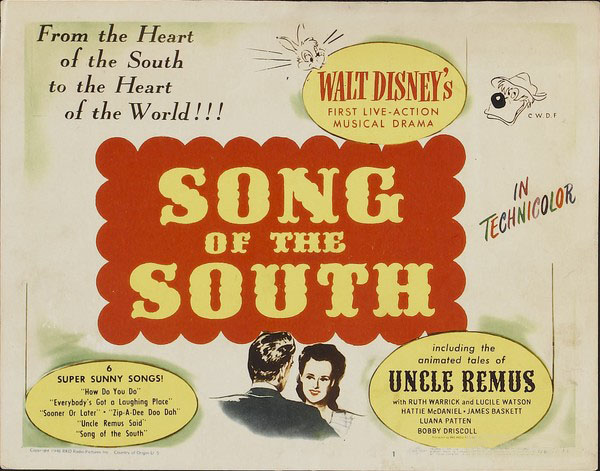 As the seasons of the year 1946 changed from summer to autumn, the staff at the Music Department of the Walt Disney Studios looked forward with some degree of anticipation. 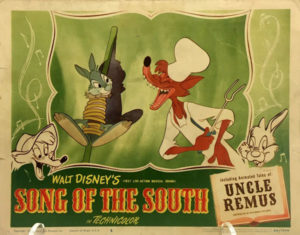 Disney was readying a new picture for release. And it was going to have several songs in it. None of these would be imports from Central or South America. None of hese would be “evergreens” that wouldn’t make money for Disney, or for whichever music publisher associated itself with the Studio.

And the publicists and the promotion men and the song-pluggers were all ready and raring to go. And–as it turned out–events proved that they were justified in their anticipation.

As I’ve mentioned in previous Posts, there were a raft of new record companies, providing competition with the established RCA Victor, Columbia and Decca marques.

There were also relatively reliable charts being published every week in trade newspapers, such as “Billboard” and “Cash Box”. These charts measured not only the popularity of individual songs, but of sales in stores, or disk-jockey airplay, and of plays on music machines or “juke boxes”.

The film, so highly anticipated, was Song of the South. 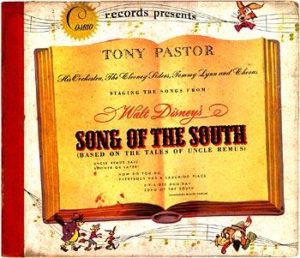 Not since Pinocchio had the Disney music department seen such interest in songs from one of their films.

And now, they could see how these discs were doing, relative to one another–and to whatever else was out on the Hit Parade of the day.

Even the smallest record companies got into the act.

Cosmo Records–a company that had managed to snag some moderately big names for such a small firm–put out an “album” of three discs, on which were included six of the songs from this picture.

Not only did the album feature the three songs that got the most coverage–“Zip-A-Dee-Doo-Dah”, the bluesy “Sooner or Later”, and the engaging “Uncle Remus Said”–but it included three others that do not seem to have been otherwise covered. These included the film’s title song, “How Do You Do”, and one that did get at least one other cover, “Everybody Has A Laughing Place”.

Tapped to record these songs was he band of Tony Pastor (born Pesritto), who had made a name for himself playing tenor sax and singing novelties with Artie Shaw’s band (1938-39), then had his own band up until the War. Now, he was back, and had discovered a sister act that he nurtured as best he could. They were Betty and Rosemary Clooney.

The Pastor group also recorded some of these songs for a radio-transcription library as well.

Next Week: More Song of the South – and a battle for supremacy on the charts. 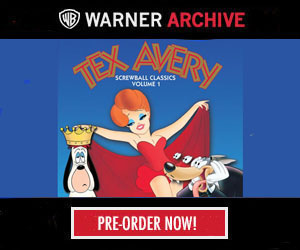