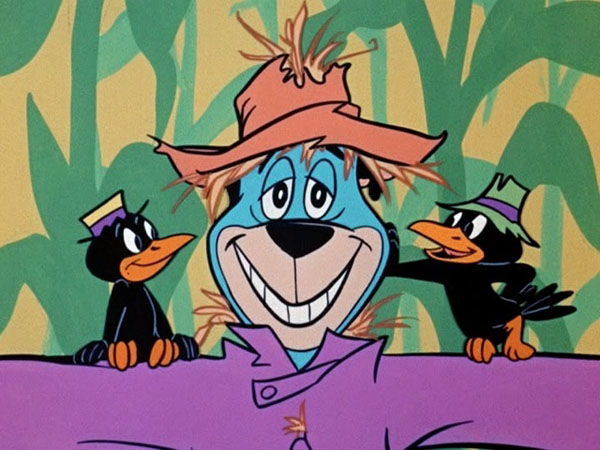 William Hanna and Joseph Barbera often spoke of the birth of their animation studio as a tale of redemption, good fortune, and creativity. In interviews and memoirs they talked about being suddenly fired in 1957 from Metro-Goldwyn-Mayer’s animation department after two decades, finding help from Columbia Pictures in setting up their own studio, and developing ways of cutting costs to animate for television programming. After winning over audiences with characters like Huckleberry Hound, Hanna and Barbera became two of the wealthiest producers in both animation and television. These events certainly contributed to the success of Hanna-Barbera Enterprises, but other elements were also at play. One such element was segregation.

To be sure, television was a democratizing force in animation. The medium allowed African Americans to see animation in the comfort of their own homes, in contrast to their humiliation at being restricted to balcony seats at theaters to see “shorts” before features. On the other hand, producers of cartoon programs had to conform to the social norms of Jim Crow when establishing publicity tours for their stars. Throughout animation’s history studios arranged for people to dress in costumes resembling cartoon stars and visit children at various businesses and local events. Whenever the costumed players traveled to the South, they entertained children in segregated capacities. The early Hanna-Barbera stars were no exception. 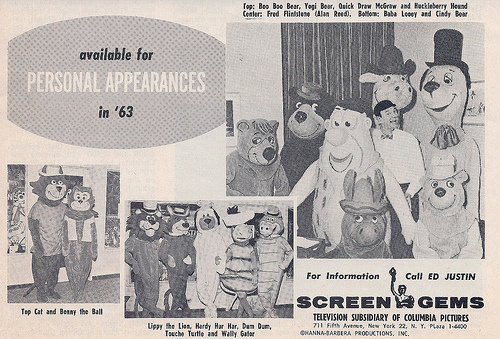 After the syndicated television cartoon series Huckleberry Hound became a hit in its debut season (1958-59), its syndicator Screen Gems (a branch of Columbia Pictures), the advertising agency Leo Burnett, and the show’s sponsor (and Burnett client) Kellogg’s Cereals arranged a tour for the series. On August 13, 1959, Motion Picture Daily announced that Huckleberry Hound and co-star Yogi Bear would visit department stores “in person” across the United States for the remainder of the year. These businesses generally had urban, downtown locations, and they consisted of several floors of various departments of merchandise. One floor was a dining area or “lunch counter,” but southern stores prohibited African Americans from sitting at the counters to eat. 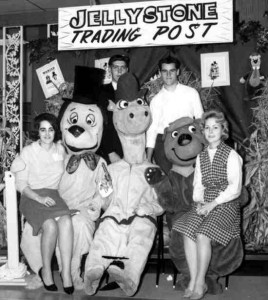 Huckleberry Hound and Yogi Bear performed in costume in at least three such businesses in the South that fall. The television station KFJZ-TV sponsored their joint appearance at the store Sanger’s in downtown Dallas, which did not desegregate lunch counters for another four years. The stars also went to the store Holmes in New Orleans, which maintained segregation at the counters until 1962. When Huckleberry Hound visited Foley’s Department Store in Houston, Texas, he barely missed being in the center of a civil rights movement demonstration; African Americans conducted sit-ins at that facility’s lunch counter in the spring of 1960.

After sit-ins took place at lunch counters throughout the South in 1960, Hanna-Barbera’s publicity tours expanded beyond department stores. Moreover, they brought the cartoon stars to “whites only” establishments. In October 1961 Huckleberry Hound and Yogi Bear appeared with the cast of the live-action Western television series Gunsmoke at the Arkansas Livestock Exposition, an annual event that did not welcome African Americans until two years later. The Hotel Lafayette in Little Rock and a local Walgreen’s store sold tickets to the 1961 exposition. Then in early 1962 Huckleberry Hound, Yogi Bear, and Quick Draw McGraw appeared at the Gasparilla Pirate Invasion in Tampa, Florida. Kellogg’s and television station WTVT-TV sponsored the annual event for children, and a group of European American men known as Ye Mystic Krewe of Gasparilla conducted it. The Krewe did not allow ethnic minorities until 1991.

Huckleberry Hound’s status as a syndicated television series played a significant role in the visits to segregated venues. In network television, affiliates commit to broadcasting what a network schedules, but syndication gives television stations the power to pick and choose which programs to broadcast. Thus, in the era of segregation, syndicators and their corporate sponsors courted southern stations by staging promotional events in accordance with Jim Crow. After Hanna-Barbera began securing network spots for series like The Flintstones, Top Cat and The Jetsons on ABC-TV in the early 1960s, the studio’s backers did not need to arrange cross-country tours to give stars national exposure. Hanna and Barbera left Jim Crow behind, finally making their characters accessible to all their fans. 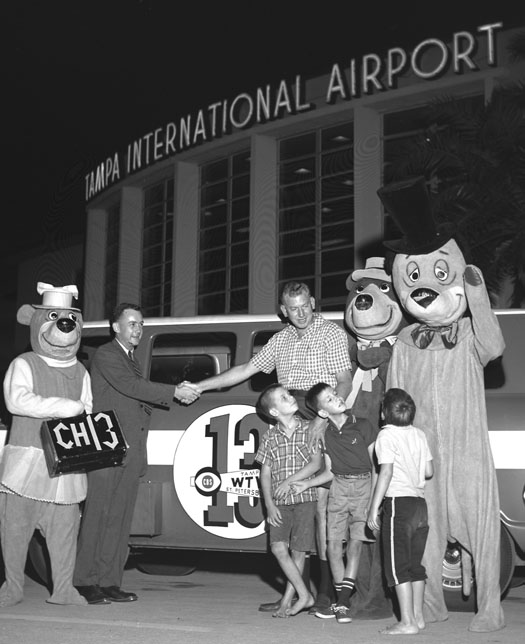