What Would Your Dream Animation Showings Consist Of?

On the Thunderbean front:

This week has been so busy that I just can’t seem to get back to finishing anything, but working hard to do that just the same. Happily other folks are helping me, so things are moving along at least as well as possible. 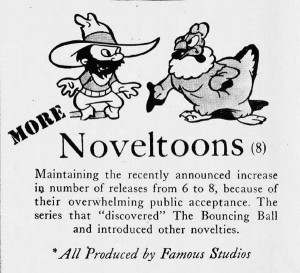 In new production news, the last soundtracks for the Flips are getting scanned this week, leaving one more shipment of nitrate to come here on the series. Two Rainbow Parades are among that shipment as well, and I’m really looking forward to seeing this material when it shows up. We’ll be scanning it in 5k, and I’ll breathe a giant sigh of relief when they’re all ‘in the can’.

The Noveltoons set is almost finished now, with me chipping’ aways at Teacher’s Pest and Stupidtitious Cat when I have a chance, and that’s usually at 10:30 or later at night or before 9 in the morning. These two and The Old Shell Game are the only ones left, but Old Shell ain’t here yet. It’s the last of the elements needed.

Other cool things have been going on at Thunderbean, including the slow reconstruction of a almost forgotten series that we’ve been trying to find forever. I won’t talk about it any more here though, since the last time I talked and showed something in early progress it was literally snatched away by an enterprising producer. I’ve learned my lesson there and will keep some of the the really rare things under wraps under they’re ready to be revealed.

And.. onto this week challange: 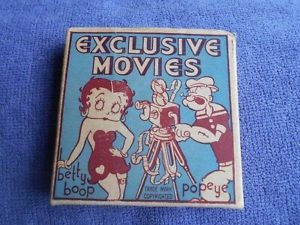 Curating a show for friends or for a public exhibition is really fun. I especially love seeing things I’d never seen before, but can’t deny there’s certain favorite films that I almost always like visiting again.

I get spoiled in this area almost weekly, just a little, but running some of the work in progress Thunderbean stuff in the auditorium at CCS, the art school I teach at. Running films on a big screen is my way of testing out what the films are looking like; you can see everything, and it’s not so forgiving, so if I missed something it’s there, very, very big.

Of course I watch them at home too, but there’s something really magical about seeing them giant in a dark room. I like turning off *all* the lights when showing things (including the floor runners). I started this practice when we started doing Blu-rays. Pieces of Gulliver’s Travels were the first things. The school had just purchased a really nice projector, so I didn’t mind testing it out this way. Earlier tonight it was lit up with some of those Noveltoons that have been getting finished. 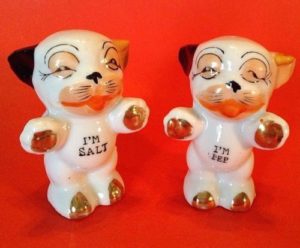 As an old film guy (but a relative piker comparatively) I still would prefer to run prints. just these past few weeks, some really cool stuff showed up in another country in 35mm that will be great for one of the blu-ray sets in progress, but the prints are nitrate! I managed to get two of the four, and hope we end up getting access to the other two.

I thought it would be fun to see what *you* would curate for one of your own ‘dream shows’. Feel free to include shorts that are missing or hard to access. This is the cartoon fans equivalent to Fantasy Football I think…

Here is how geeky I personally am and willing to admit: this is what one of my own ‘dream shows’; would be, including the type of print. It’s obvious that I like impossible to see things from this list. Remember, it’s just a fantasy!

1) Flying Fists (Iwerks, 31)-wishing it would be in color from the currently lost color material!

2) Education for Death (Disney, 1943) from a Nitrate/ Technicolor print 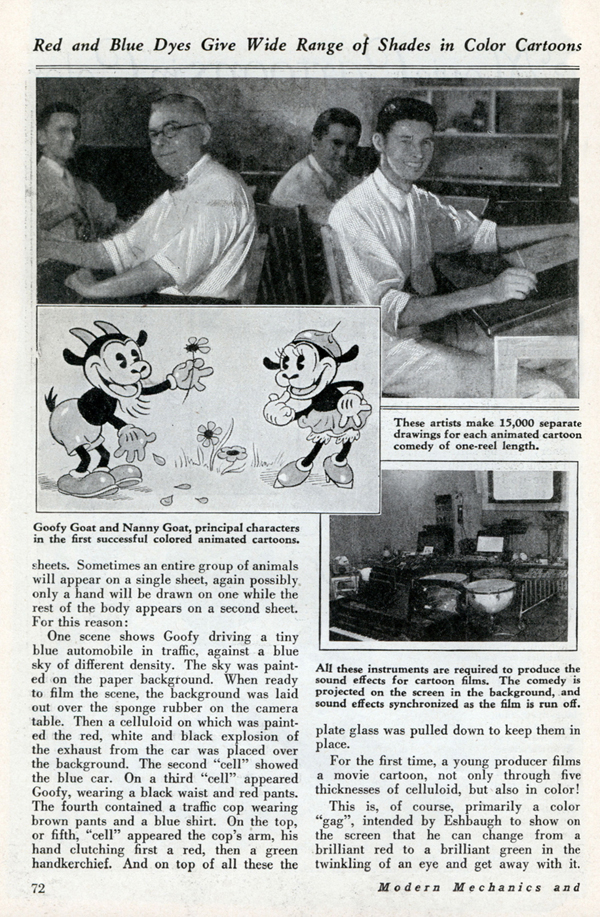 7) The Fantasia Ave Maria outtake (1940) (with the lens set to the wrong focal length by accident showing everyone working around the giant setup). 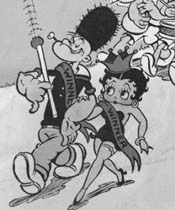 9) The infamous dirty Popeye and Betty Boop short made after hours at Fleischers in Florida. It is rumored this was made to show at Jack Mercer and Margie Hines wedding. The mention of this film once caused Dave Fletcher to stand up and sock the interviewer. It has to be out there somewhere, or not.

Ok, enough of my own fantasies! What are YOUR picks for a ‘Dream Show’?