Five years ago, back in 2013, I began to post the Leon Schlesinger in-house newsletter The Exposure Sheet. However, I only got around to posting the first seven before other matters got in the way. 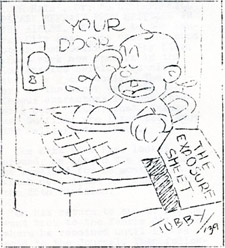 After posting the Warner Club News columns earlier this year I thought I should complete the job of getting the “Exposure Sheets” out. I also gave some thought to resuming where I left off or… for those who came in late… reprinting the first seven again to make it feel like a complete set (uninterrupted by a five year gap).

So here we go again – starting at the beginning. For some of you this is a ‘double-dip’, I’ll post two issues each week. I have about 40 issues that were gifted to me by the late Martha Sigall.

The Exposure Sheet was printed twice a month for about two years (mainly 1939 and 1940). Dave Mitchell (aka Milton Kahn) was a gag man and studio assistant who, among his duties, put newsletter together.

These are informal, gossipy little newsletters and, if read carefully, one can get a good idea of the fun Schlesinger’s employees were having making the original Looney Tunes and Merrie Melodies cartoons – and glean bits of biographical information, news and minutiae about our favorite artists at the studio.

There’s a lot of stuff to analyze in this first six-page issue – but I will point out a few highlights:

• Bios (aka “backgrounds”) on Bugs Hardaway and Dave Monahan,

(Click on the thumbnails below to enlarge pages). Enjoy! 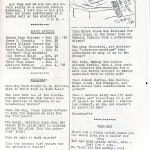 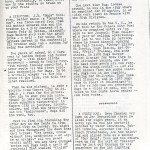 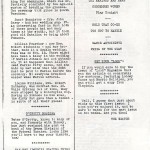 And here is the second issue of The Exposure Sheet (circa January 1939). Like the cartoons themselves, the newsletter doesn’t take itself all so seriously. The articles are a mix of gossip, employee bios, and bits of news sprinkled with poetry and humor pieces.

Lots of things to pick out and ponder in this issue – including:

• Notice of Pinto Colvig going off to Fleischer Studios

• Cal Dalton bio which mentions his start at Romer Grey and Ted Eshbaugh!

• Background painter Peter Gaenger – that’s a new name to me!

All this and more. Click thumbnails below to enlarge. Enjoy! 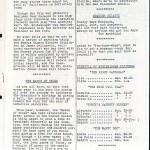 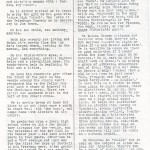 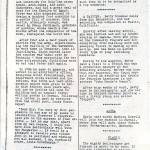 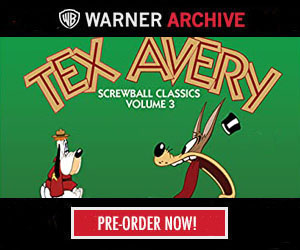