Sing Me A Cartoon 19: Two Sequels, One Mystery

“The Three Little Pigs” spawned two sequel songs–one of which we may never hear. Here’s what I know about them. 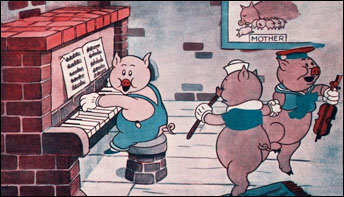 Sing Me A Cartoon #10: Who’s Afraid Of An International Earache?

When Three Little Pigs opened in Europe, they went for it just as strongly as the Americans had done. And the dance bands were ready to pick up on the Big Bad Wolf jingle. 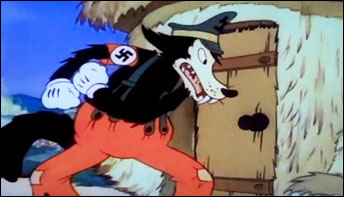 “Who’s Afraid Of The Big Bad Wolf?” was a huge hit all over the world – no more so than in the early days of Nazi Germany.

Sing Me A Cartoon #8: Wolf Tracks

Three Little Pigs premiered on May 25th, 1933 in New York and in LA on July 13th. It didn’t take long for the first records of “Who’s Afraid Of The Big Bad Wolf” to hit the music shops.

Sing Me A Cartoon #7 – Disney Finds A Gold Mine

“Walt Disney, in his new Silly Symphony in color, has contributed a musical jingle that bids fair to take this town — and country — by storm…” 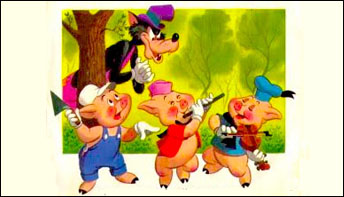 A big, good look at Disneyland Records’ album of stories from the 1933 Silly Symphony plus two sequels narrated by Sterling Holloway and soundtrack excerpts. 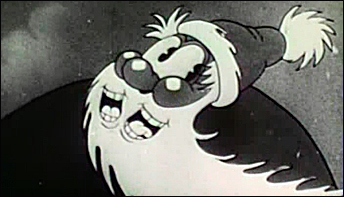 During the worst year of the Great Depression, Pooch the Pup enlisted Santa and a toy-soldier army to serve up the Big Bad Wolf some holiday payback. 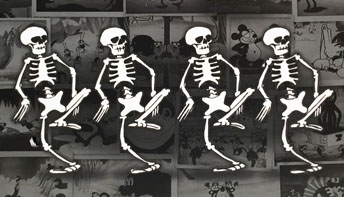 A peek inside the soundtrack LPs of cartoons that set the foundation of feature animation with great music, storytelling—and voices that include Walt Disney himself.