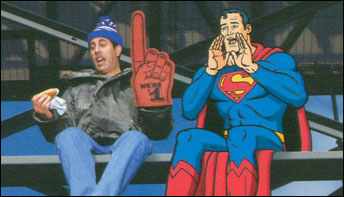 “The Adventures of Seinfeld and Superman” The 2004 Webisodes

In 2004, Seinfeld was reunited with an animated Superman in two webisode American Express advertisements collectively known as The Adventures of Seinfeld & Superman. 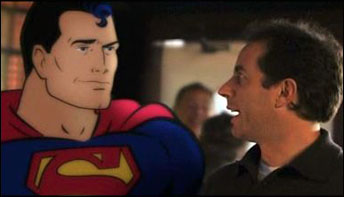 Comedian Jerry Seinfeld was a huge fan of Superman. Here is the first of a two-part survey of the part animated commercials the comedian made with the superhero.