I’ve pulled my laptop onto the porch as I write this tonight; it’s a beautiful summer night with a slight breeze blowing, light bugs sleeking around the sky silently. It’s a nice contrast to a day or looking at a lot of stuff and trying to come up with the usual weekly updated plan for the coming weeks on the various leaf piles of Thunderbean projects. 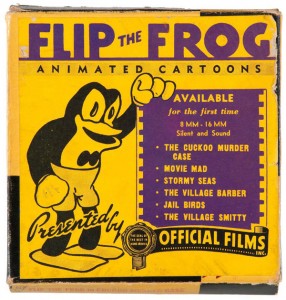 A few of these leaf piles have been quite big in size, and full of leaves of all sorts. Flip the Frog has been the biggest, followed by Rainbow Parades. We’re approaching the point of having all the films ready for the first half of each series, and the second half almost there too on Flip. There’s somewhat smaller leaf piles are projects like Noveltoons and the Stop Motion Marvels sets. Then there’s slightly smaller piles of things like the Commercials Blu-ray and the various ‘special’ sets. Tomorrow will be a day of trying to nail down the order of getting things done on my end of the projects- even though that seems to encompass all ends! It’s a really exciting time in that the piles are fairly neat on most of these, making it easier to start bagging them. The small group of freelancers is doing their best to take over some aspects of the small business like shipping and cleaning up films as well as other tasks. I see August as the month where the most things are coming together, later than we hoped as always, but good progress is being made.

Wrapping up the Noveltoons has been the major thing on the plate and continues for the next few days here. We’ve been cleaning up the films on the set for over a year and its finally all coming together completely. All the films except one (and scanning an end title) are done, bonus features and menus all set. I’m working on the package and authoring the disc until the one last film shows up— then off to replication.

There is one project that I still can’t mention that will have a volume out this year if all the planets line up. More on that very soon.

I was going to write a little more about the new titles that just got finished, but I’ll keep it simple for the moment.

Grotesqueries, a set of animated and otherwise spooky short films and other fun distractions, is now finished and the pre-orders are dubbed. It’s available on Amazon here.

Edgar Guest’s Poetic Gems is also finished now. Known as ‘America’s Poet’, Guest’s poems are still quoted and remembered today. This set features a series of films from 1931 based on Guest’s Poetry, and also features a 20 minute short from 1947 with Guest himself, produced at Jam Handy’s studio. We helped produce the blu-ray set with Dennis Atkinson. It’s also available on Amazon now:

And now for something completely different!

Xander Grauman, 13, recently scanned a few of my old 8mm ‘Snappy Films’ prints from the 40s or early 50s with this cool little 8mm film scanner that outputs a quicktime movie digitally. It’s not bad quality for an inexpensive machine- and I enjoyed seeing these finally earlier today. Xander is the film collecting son of Dave Grauman, who’s done some wonderful clean up work on sets for both Tommy Stathes and myself.

Here is The Plowboy’s Revenge (1927). It’s a pretty usual Aesop’s Fable other than being a dark tale of servitude and murder. I always feel that the Fables from this period are usually pretty blue collar in terms of their subject matter, almost always show distain for authority for those with means— and the revenge of those who generally lord over the heros is swift and serious. Both sides seem to be willing to dish out violence at the drop of a hat. This particular picture is pretty dark near the end…but look at the short with the iris. I really love the smoke from a gun going outside of it, something really unusual for 1927.

Back to the happy trenches of these things. Have a good week everyone! 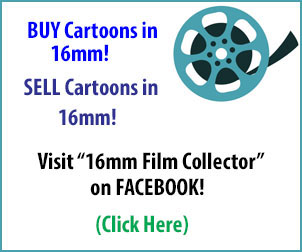