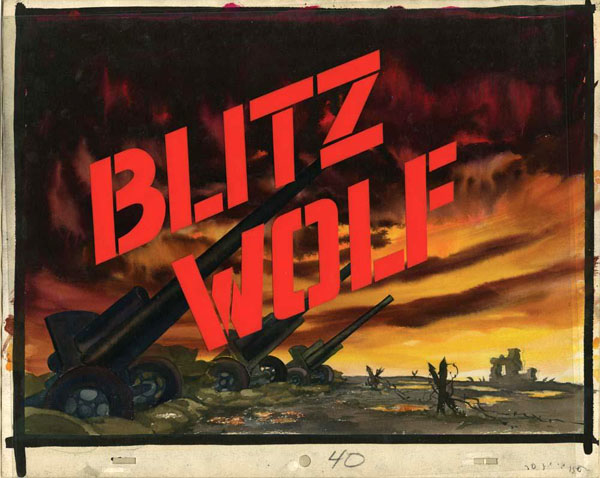 Today this week, it’s time for Tex Avery, a man whose credit is synonymous with divine magnificence. This is the only draft from Tex’s career I know of at the moment. It’s fitting, since Blitz Wolf was his first MGM release, and helped further his irrepressible stamp on animation and film comedy.

During the late thirties and early forties, Hugh Harman and Rudy Ising strived to compete with Disney’s successes, especially with the grandiose nature of their films. Bill Hanna and Joe Barbera’s first MGM cartoon, Puss Gets the Boot, displayed an assertiveness sorely needed at the studio. It garnered an Oscar nomination and a demand for more ‘cat-and-mouse’ cartoons. 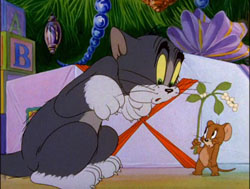 Hugh Harman also made an attempt at change. The Lonesome Stranger and Abdul the Bulbul Ameer were made to appease producer Fred Quimby’s request for humorous cartoons similar to Warners. While both were entertaining, it seems Harman was unconfident in breaking with an established pattern. In spite of their achievement, Hanna-Barbera’s early efforts shared, with Harman-Ising’s, a penchant for bloated, deliberate gag timing. H-B’s early cartoons were more successful in their emphasis on personality humor with Tom and Jerry, yet their character designs and backgrounds still bore the look of a lavish Silly Symphony. These affectations would be discarded when Tex joined the staff. Who else would’ve had Leo the Lion roaring in sync to Tiger Rag?

At Lantz and Warners, he laid the foundation for his outrageous humor, but his talents at MGM proved insurmountable. Avery’s directorial trademark was to layer a barrage of gags with the necessary opening and closing to support them. Although this cartoon is vastly different from the other units in its brisk pace, it’s hindered primarily due to “footage eaters” (the foreword and the “long, darn” artillery gun aimed for Tokyo). Avery’s intent was, at least, purposeful, unlike Ben Hardaway’s sign gags for Lantz. Avery’s strongest experiment of duration is arguably when the action freezes with Sergeant Pork and his two brothers in the middle of their verse of “You’re in the Army Now.” For what it’s worth, that trick is used to its full potential in Dave Tendlar’s 1938 Fleischer Color Classic Hold It! 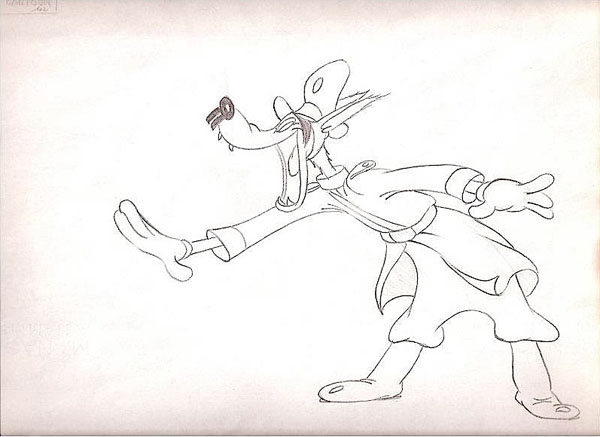 Blitz Wolf’s drawing has a Disney finesse, but is more streamlined than other units’ handling of their characters. Animators Ed Love, Preston Blair and character layout artist Berny Wolf arrived at MGM in the wake of the 1941 Disney strike. Love is given a large bulk of the footage, with animation that exudes appeal and solid construction. Adolf Wolf’s switch from tiptoeing to goose-stepping and his reaction to a hotfoot are a testament to Love’s great timing. Blair is only credited for three scenes in Blitz. His posing in scene 12, where the “straw house” pig attempts to reason with Adolf, is wonderful. 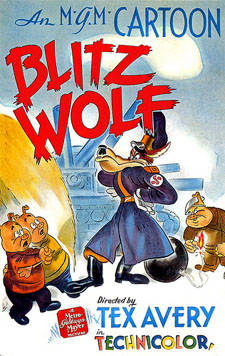 Irv Spence’s loose, freewheeling animation was a perfect match for Avery, unmistakably so in his scenes with Adolf Wolf. Spence previously worked for Avery over at Warners in the 1930s, but he would animate Tex’s MGM cartoons up until Red Hot Riding Hood, his fourth release. Later, he designed model sheets for Tex’s 1946-47 entries while he was animating in the H-B unit (all three George & Juniors and Slap Happy Lion).

Ray Abrams’ more rubbery animation accentuates squash-and stretch, but his drawing is not on par with the others. Uncredited in this cartoon is chief effects animator Al Grandmain, though Abrams might have handled the two pigs in scene 15. (The omission could have been an oversight, at best.)

Producer Fred Quimby cautioned Avery to “go easy on the Hitler feller,” since it was uncertain who would triumph in the war. Much like Puss Gets the Boot, first chances came with great reward. Blitz Wolf received an Oscar nomination, but lost to another energetic anti-Nazi parody, Disney’s Der Fuhrer’s Face with Donald Duck. Hanna-Barbera’s Tom and Jerry series would sweep up Academy Awards for Quimby, while Avery would not receive a nomination until 1953’s Little Johnny Jet. Despite crooked Oscar politics, Avery would spend the next twelve years at the studio where his timeless comedy would influence generations.

Sit back and enjoy the breakdown, folks! 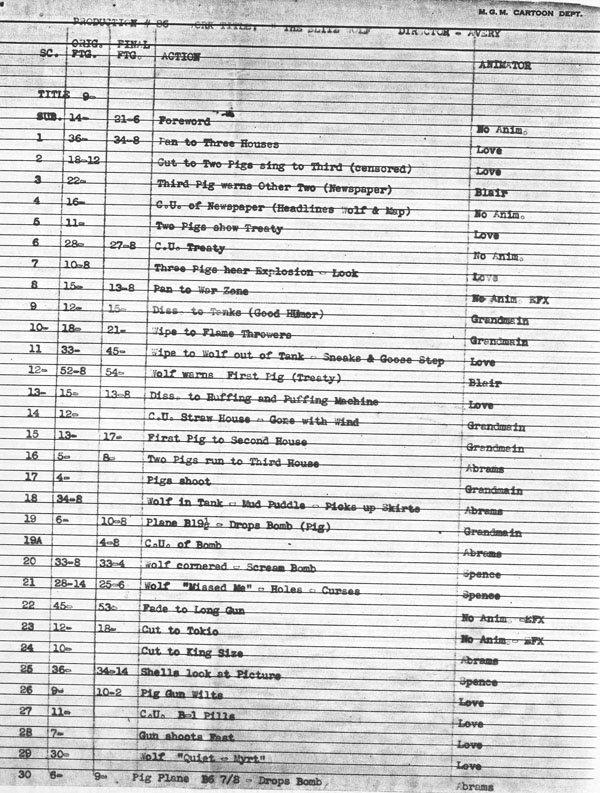 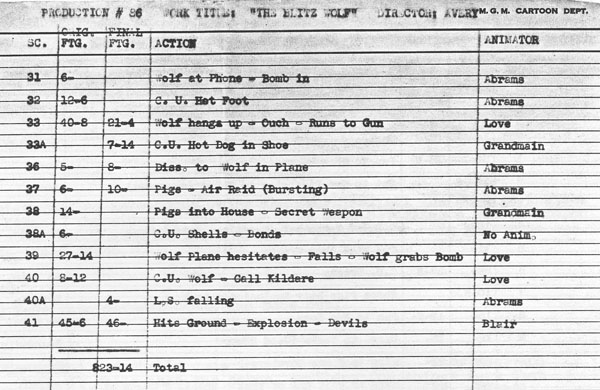 (Frank M. Young has been a tremendous help with these introductions. He is currently analyzing Avery’s Schlesinger cartoons on his blog, Tex Avery At WB.)

Leave a Reply to The Spectre / John V Cancel reply