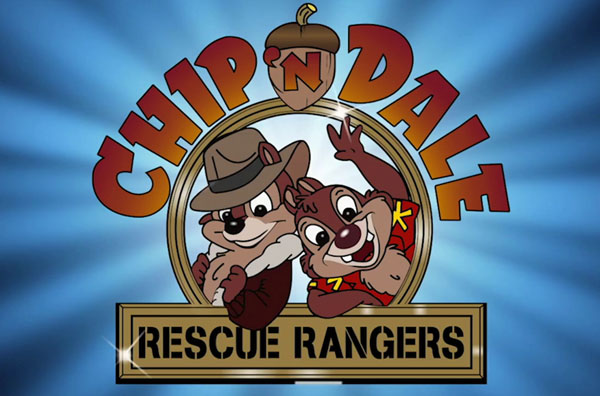 “Sometimes some crimes go slipping through the cracks
“But these two gumshoes are picking up the slack
“There’s no case too big, no case too small
“When you need help just call
“Ch-ch-ch- Chip ‘n’ Dale, Rescue Rangers”

That Chip ‘n’ Dale’s Rescue Rangers theme song that some consider an “ear worm” because you can’t get it out of your head once you hear it was written by Mark Mueller who also composed the theme song for Duck Tales.

I’ve always loved that theme song and have fond memories of babysitting my niece and watching the Disney Afternoon shows while waiting for my brother or his wife to come by and pick up their daughter after they got off work. 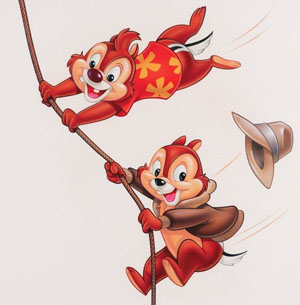 The concept of a block of syndicated Disney animation programming known as the “Disney Afternoon” didn’t become official until Tale Spin premiered but the success of Duck Tales on television prompted the Disney Company to look at other possible original animated television shows to produce.

After Duck Tales, Disney was seriously considering producing a syndicated television series based on The Rescuers (1977). However, when Jeffrey Katzenberg also re-discovered the simple delights of The Rescuers and that Disney still retained the rights to the stories, he green-lit the production of the first Disney animated film sequel The Rescuers Down Under (1990) and then some adjustments had to be made to the property that was slated for television development.

Supervising Story Editor Tad Stones and his team, including co-creator Alan Zaslove, took the core premise of small animals as heroes in the world of humans and came up with a program titled “Metro Mice”, a take-off on the title of the popular detective television series, Miami Vice.

The main characters would have been Kit Colby (a mouse wearing an Indiana Jones jacket and hat who was the adventurous leader of the team), Colt Chedderson (a burly Australian kangaroo rat and explosives expert), Gadget (a blonde female mouse who was an inventor), Chirp Sing (an Oriental cricket who loved baseball and martial arts), Camilla (a chameleon and the team secretary) and Eagle Eye (a near-sighted eagle who was the team’s lookout). 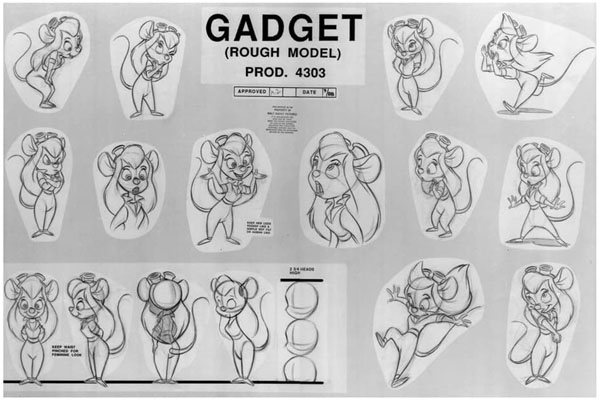 In an excellent three-part 2004 career interview with John Strike for Animation World Network, Stones remembered the pitch meeting for the show to Michael Eisner and Katzenberg.

“They went: ‘We love the idea of the show, but your main character doesn’t have it.’ The meeting went on a little longer and we’re saying Duck Tales is a big success, what other Disney characters can we work with? You don’t want to do Mickey or Goofy, but there’s Pluto and all that. Finally, I said, ‘There’s Chip and Dale.’ 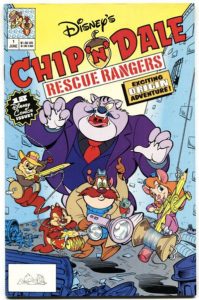 “Eisner said, ‘Great — put those guys in that show,’ and Jeffrey says ‘home run.’ That’s why Chip and Dale’s Rescue Rangers got done. It changed our development, because now instead of one hero you have this dynamic, which was well established and gave us lots of stories about how they interacted with other characters.”

Chip inherited Kit Colby’s Indiana Jones attire and love of adventure and Dale, who was to be more lighthearted when it came to danger, was given a Hawaiian shirt perhaps influenced by the then-popular television detective show Magnum, P.I.

Colt Chedderson transformed into the cheese addicted Monterey Jack. Gadget was retained while the other animal characters were abandoned. Zipper the housefly inspired by Evinrude the dragonfly in the original animated film The Rescuers was added to perform similar functions such as flight and a power source.

There is a huge fandom for the series of the Disney Afternoon block and in particular, Chip and Dale’s Rescue Rangers and, in particular, the character of Gadget which may be why the children’s roller coaster at Disneyland was inspired by her.

On August 2nd, 1988, a movie-length version, Chip’n’Dale’s Rescue Rangers to the Rescue, was aired on the Disney Channel. It was structured so the film could be broken up into five episodes on the regular series, although when that did happen there were changes made so there were scenes both added and cut in the five episodes.

To the Rescue is an “origin” story of how the Rescue Rangers were first formed and got their name and some back story information on the characters, including the fact that Gadget was the daughter of one of Monty’s old friends who had died a year earlier.

On March 5th, 1989, Season One of the show premiered on the Disney Channel with Piratsy Under the Seas as the first episode. Beginning September 1989, the series was added to The Disney Afternoon syndicated line-up.

On November 19th, 1990, They Shoot Dogs, Don’t They? was the last original episode to have its premiere with the show going into reruns of its 65 produced episodes for the next few years. In 1993, the show was taken off The Disney Afternoon block and replaced by Bonkers, an attempt by the Disney Company to create a Roger Rabbit-like character that was fully owned by Disney.

According to the original press release from 1989:

“Chip ’n’ Dale’s Rescue Rangers is a half-hour of broad comedy and adventure with large doses of mystery, featuring two of Disney’s most popular primary characters. Chip and Dale head a small, eccentric group of animal characters who monitor not only the ‘human’ world, but the animal community as well, solving mysteries wherever they may be. 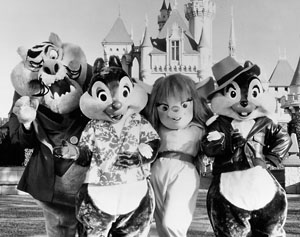 “Although those cases may seem small to start with, they invariably lead to crimes and mysteries of much greater proportions. The local police are either too busy for problems like these or they are out of police jurisdiction.”

Growing up in Southern California, I was lucky enough in 1991 to see the very short-lived “Disney Afternoon Avenue” that was in the area in front of “it’s a small world” attraction at Disneyland and to see the live-action Videopolis Plane Crazy stage show where costumed characters Rescue Rangers Chip and Dale, Launchpad McQuack, and Talespin Baloo try to retrieve a secret plane stolen by Don Karnage and Fat Cat.

Yes, Uncle Jim took his niece and she loved it. Now she is old enough to have two daughters of her own. However, when I hear that familiar theme song, I immediately remember those afternoons when it was truly a Disney Afternoon. 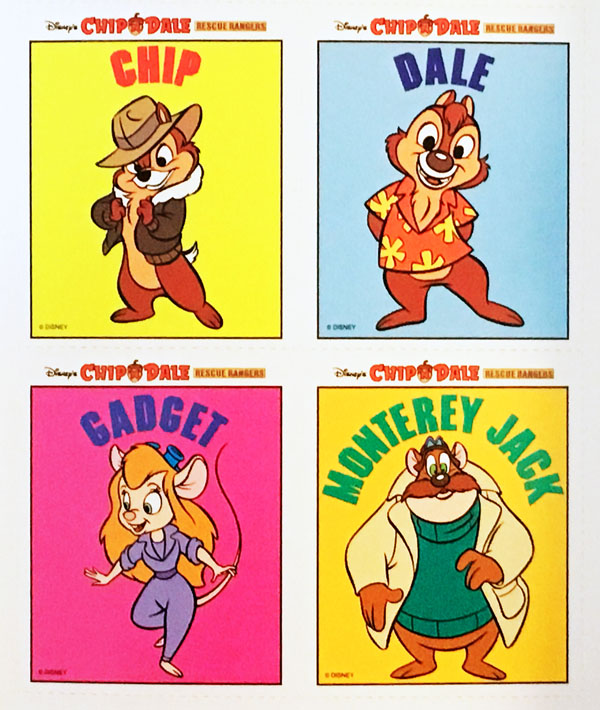