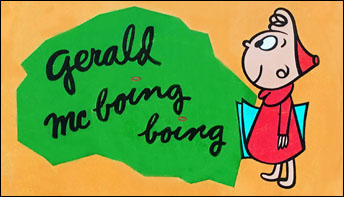 He may have been an Oscar-winning animated UPA character on the big screen and the star of two TV series, but the Dr. Seuss character was a children’s record first.

The fourth Disney animated feature was short, sweet and successful on the big screen, TV, home video—and on records, from 78 shellacs to internet downloads.

She was the queen of the animated screen and her cartoons were filled with great music, it wasn’t until the 1970’s that she made her debut on LP records.

Art Clokey’s stop-motion TV and movie star Gumby popped inside several read-along book and cassette sets and a CD that took a bizarre journey outside the mold.

It took seven years for a soundtrack album to be released with the songs and music from the 1950 animated feature, but it’s been a hit ever since in one form or another.

A celebration of the actor who provided the voice (and over 50 others) for the beloved animated hero, as well as countless records for which he received little credit.

Here’s a look at some LP’s that Disney spun around their 1971 live-action/animated fantasy reuniting the Sherman brothers with other Mary Poppins creative talents.