What is it about cartoons and beer? There are millions of animated beer commercials, invariably featuring happy characters who live for the stuff. Mind you, we never actually see them drinking the beer. Do they really love it, or is this a typical bit of TV insincerity? Did the Hamm’s Beer Bear really prefer Ripple? For that matter, did Bugs Bunny enjoy Kool-Ade as much as he appeared to? I guess there are some things that man was never meant to know. Anyways, here’s a few spots to keep you entertained until happy hour rolls around…

Cartoon animals want to sell you your next beer. Produced and directed by Paul Fennell.

Continuing the animal theme here. From 1966. Animated by Michael Lah.

This is a pretty hummable jingle for a beer commercial. Animated by Emery Hawkins. Mel Blanc and Paul Frees can be heard in this spot.

This ad uses the “spinach” approach…

A plethora of Piels! Featuring the voices of Bob Elliott and Ray Goulding. Read all about these spots on Gene Deitch’s blog. 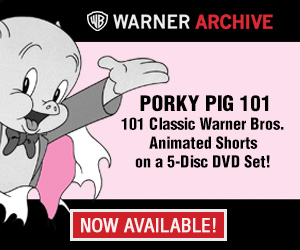